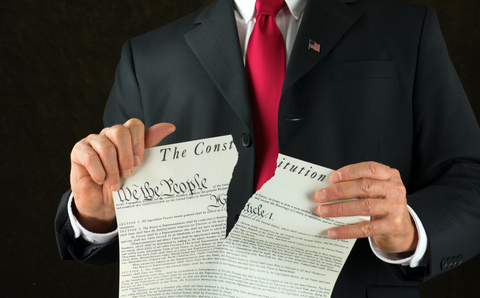 Charlton Rhinehart
It often seems like no one likes a lawyer. Lawyers are known by their actions, that they lie, they cheat, they steal, they even get away with murder; all while staying within their legal rights that keep them safe. How many advertisements do we see daily where a lawyer is begging to use you to sue your employer, your doctor or neighbor so they can get their own portion of the money? How many murder cases do we see in the news were an individual has obvious guilt, yet they walk away free because of their lawyer. Lawyers are often the first to jump to using the race card, the first to cry sexist, the first to get the most important evidence dismissed. Lawyers comb through every detail and action of a police arrest looking for a legal error to provide an escape for their client’s guilt. Lawyers point out unrelated faults in the opposing party like the ultimate bully, anything they can do to undermine their opponent and build up their client they will do, and somehow it works. Sure everything they do is legal and well within the law, yet it doesn’t change our thoughts of them. Lawyers make us hate the law system, they take that which is supposed to help us and keep our society moral, and they twist it and misuse until it works simply for their dishonest gain. No wonder insurance cost are so high, no wonder businesses cannot survive in America, no wonder we are afraid to help someone in need, because there are so many legal traps we have to avoid because of swindling lawyers.

I do realize that not all lawyers are the scum of the earth. I do know a few that I admire and sincerely believe are good and honest individuals, but I think you already know how I feel about the majority of them. Only a politic would compare, but wait, most politics are lawyers!

What about preachers? Is there a way that they are just as vile as lawyers? Perhaps we could compare how some of them do go after the big money, or how some preachers are willing to slander another individual, but that’s not the applications I have in mind. Many preachers have a habit that compares far too well with the same trait as many lawyers, and while we often don’t think much about it, this habit does as much harm to the image and unity of the church as it does to the people’s respect of any conniving law firm. Just as lawyers often twist the law of the land to fit their need, too many preachers twist the law of God to fit what the crowd wants to hear. Consider these examples of preachers using our basic knowledge of God’s word but twisting it to fit our own desires.

A preacher tells us: “God will use anything, even nature to reveal what He wants for us”. The truth in this statement: creation does testify of God (Rom 1:20; Psl 19:1), God has used nature to carry out His will and to show His power: such as Egypt’s plagues or Rome’s warnings. The truth however that this preacher intends to deny: God instructs us only through His word today (Jude 3; II Tim 3:17), not by hidden signs and subtle messages (1 Cor 13:8-10). This preacher permits us to look beyond God’s word to find the answer we desire.

A preacher sums up a bible class saying: “It doesn’t matter what sin you are guilty of because they are all the same to God”. The truth in his statement, all sin does separate us from God (Jas 2:10). The intentional lie however in this preacher’s statement – is that God is not concerned which sins we commit. Sure all sins are wrong, but contrary to what this preacher implies there are many specific sins that God has little patience for compared to other sins. There are some sins which God calls an abomination, certain sins that have greater earthly consequences, certain sins which have a greater endangerment for eternal consequence (1 John 5:16-17). Perhaps this preacher is wanting to comfort some in the congregation living in a major sin, or perhaps he is wanting to tell some who condemn the sinful that their smallest sins mean that they cannot correct others. Whatever the preacher’s motive is, a simple twist of God’s word is all it takes.

A Community church preacher offers the invitation saying: “Jesus wants you to come as you are”. The truth in this statement, Jesus does extend His invitation to all people (1 Tim 2:4; Rom 2:11). Jesus was willing to speak to the woman at the well or even the known sinners of the time. The truth however that this preacher intends his statement to deny: Jesus demands repentance (Luke 13:3, Acts 17:30), Jesus requires change and obedience (Heb 5:9). Not only is there an initial repentance necessary, but that repentance must be retained until death no matter what temptations come our way (Matt 10:22). Jesus does not give a come as you are and stay as you are invitation, but this preacher intentionally does so even if he would deny it when asked.

A skillful lawyer can easily lead a jury away from the law’s intention all while using the law of the land to do so. In the same way, a simple phrase skillfully spoken by a preacher can lead souls away from the truth all while using God’s word also. Paul said of false teachers to the Romans,”…by their smooth talk and flattering speech they deceive the hearts of the unsuspecting” (Rom 16:18), and telling the Corinthians, “… I did not come with superiority of speech or of wisdom…” (1 Cor 12:1). Paul didn’t depend on such forms of preaching to persuade, but instead he spoke the gospel unashamed of how it was (Rom 1:16). Just because something sounds nice and in accordance with God’s word on the surface we cannot be so easily deceived, the scriptures warn greatly for us to be on guard, even towards our own brethren (Acts 20:29; Matt 7:15).

Preachers are no one to hate and despise, for by their word men are saved (Rom 10:15), our Lord was a preacher Himself, yet also by many false preachers many are lost. The subtle differences however that a false preacher conveys are far more perverse than the most dishonest lawyer of today.